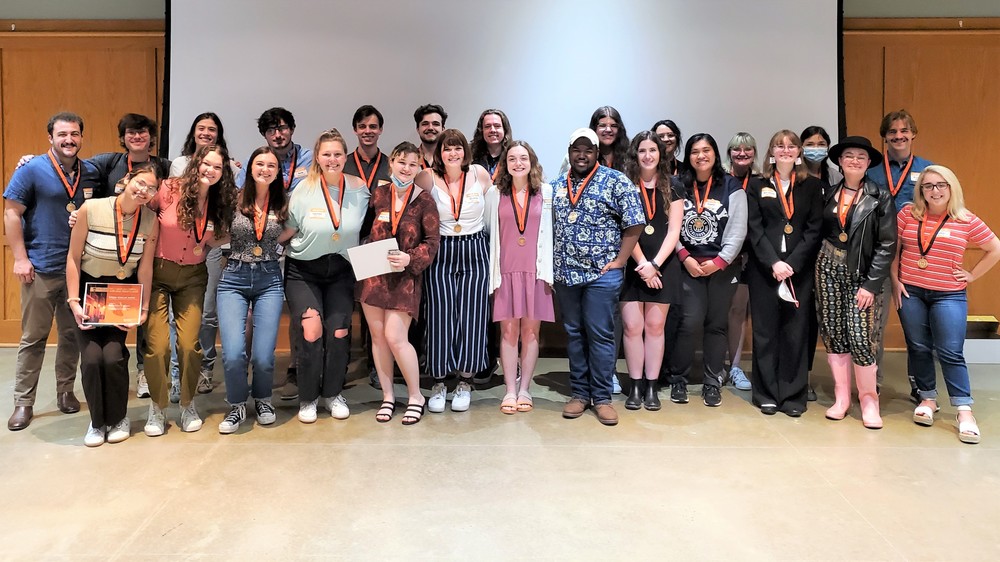 Congratulations to the 2022 graduating cohort of Murphy Scholars! A Farewell Fest celebrating the accomplishments of 29 senior scholars was held on May 2. Students were recognized for excellence in literature and language, acts of service, and their character.

The "Way with Words" Award for the exemplary use of language in a professional context was presented to Savanna Bader & Gabrielle Skerpan.

The "Change the World with Words” Award for using literature or language to make a positive difference in the world beyond Hendrix was presented to Thalia Fort.

The Linguaphile Award for excellence in language studies was presented to Kyle Rutherford.

The Interdisciplinary Award promoting the connection of literature and language to other fields of study was presented to Kashti Shah.

The "Exit, Pursued by a Bear” Award for dedication to the writing, promotion, and study of dramatic literature was presented to Mary Dann Betbeze & Peter Grant.

The Trials and Tribulation Award for the most travail endured in the course of a Murphy Scholar project was presented to Sidra Hanson & Kashti Shah.

The Citizen Scholar Award for exemplifying the ideals of the program in intellect, character, and service was presented to Christian Maddox & Anushka Yadava.

The dinner also served as a send-off occasion for students who will be traveling this summer or in the fall semester for literature and language study abroad.

Murphy Scholars were also recognized on April 28 at Honors Day, cumulatively bringing home over 50 honors, including everything from campus community awards to graduating with distinction in their majors.