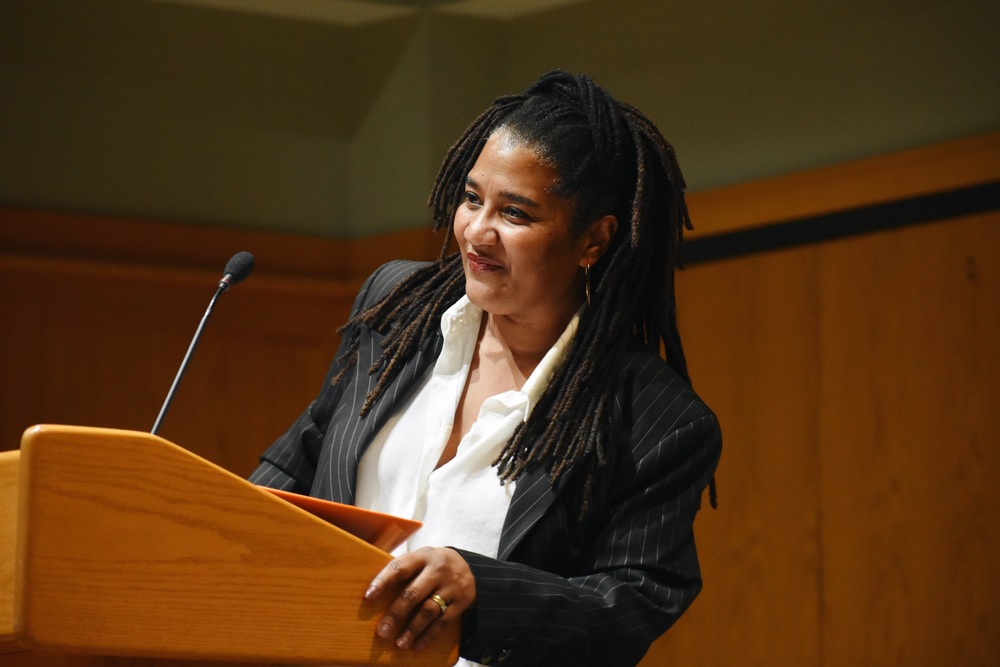 In February we were honored to have hosted Murphy Visiting Playwright Lynn Nottage who is the first, and remains the only, woman to have won the Pulitzer Prize for Drama twice. Nottage’s lecture focused on the process of writing Sweat, winner of the 2017 Pulitzer Prize for Drama. The evening’s lecture included footage of interviews she and her husband conducted with displaced factory workers in Reading, Pennsylvania, who had been negatively affected by America’s economic decline. 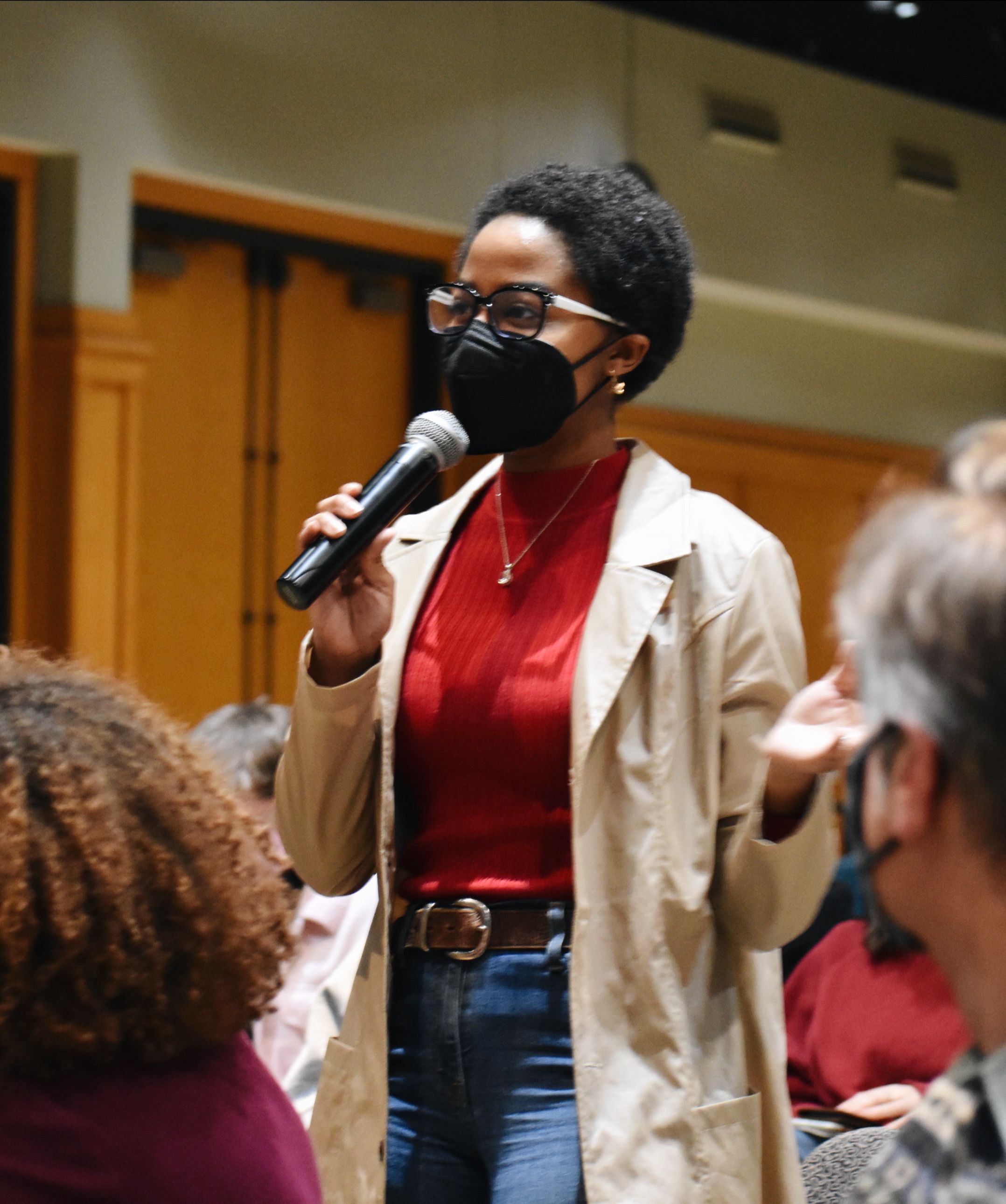 During the Q&A, junior Shaunell Henderson, a Murphy Scholar in Literature and Language, pictured here, asked Nottage about the obstacles she has encountered as a black woman in playwriting. Nottage recounted how people in the theatre world told her she would never have an audience for the kind of plays she wanted to write, and, yet, through perseverance, here she is.